On June 23, the leadership of the Atyrau University of Oil and Gas named after Safi Utebayev held an online meeting with the Consul General of the Republic of Kazakhstan Anuarbek Akhmetov in Strasbourg. 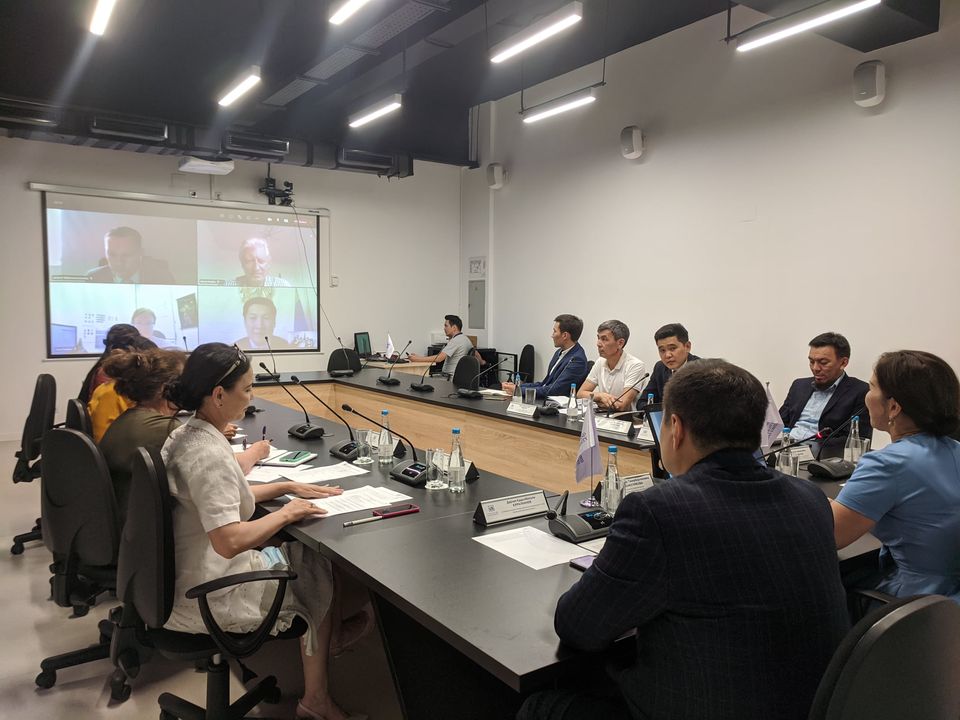 On June 3, the leadership of the Atyrau University of Oil and Gas named after Safi Utebayev held an online meeting with the Consul General of the Republic of Kazakhstan Anuarbek Akhmetov in Strasbourg. The meeting was also attended by representatives of the University of Lorraine in France. Issues discussed during the meeting: - in connection with cultural and educational areas of development, - Establishing cooperation with the University of Lorraine, - international project and academic exchange program At the Online meeting Chairman of the Management Board-Rector of the University G. Shakulikova congratulated on the opening of the consulate in Strasbourg and thanked the director of the Higher School of International Relations I. Panfilov and Professor M. Panfilov, who took part in the event from the University of Lorraine. The Consul General of the Republic of Kazakhstan in Strasbourg A. Akhmetov wished and expressed support for the implementation of cultural and educational directions between the two countries at a high level. Professor of the University of Lorraine M. Panfilov noted that the first of the areas that have shown interest in cooperation between the two universities is scientific, the second is educational. In the scientific direction, the French university is interested in participating in the competition of grants for Kazakhstani scientific projects. And in education, we intend to jointly prepare students for the master's degree in double diplomas between two educational institutions. Professor of the Atsu named after S. Utebayev S. Nursultan 2003-2004, he noted that this program was conducted jointly with the French Institute of Oil and Gas (Franlab and the Total Oil Company) and participated in the training of 40 undergraduates in the international educational program. Therefore, they support us in this direction as a university with experience.

Not sure what to choose?

Admissions experts will help you decide