The artistic director of the student theater is Azilkhan Serikbayev..

Created in October 2017 at the department of youth policy and culture.

The theater includes 10 students of AOGU.

Within the framework of the program article “Looking into the future: modernization of public consciousness”, the project “Youth of the Great Steppe” was launched in higher educational institutions. In order to implement this project, on February 16, 2018, at the Palace of Students of Atyrau Oil and Gas University, a student theater performance entitled "Мұнай - махаббат" was held. Let us remind you that this performance is the debut. Despite the fact that the students are not professional actors, they do not have professional acting skills, the performance was held at the highest level. The guys worked very hard and put their efforts into presenting their work to the general public with honor and dignity.

In October 2019, in Astana, we won the "Umit" festival among student theaters of the Republic of Kazakhstan, organized by the Kazakh National University named after L. Gumilyov. 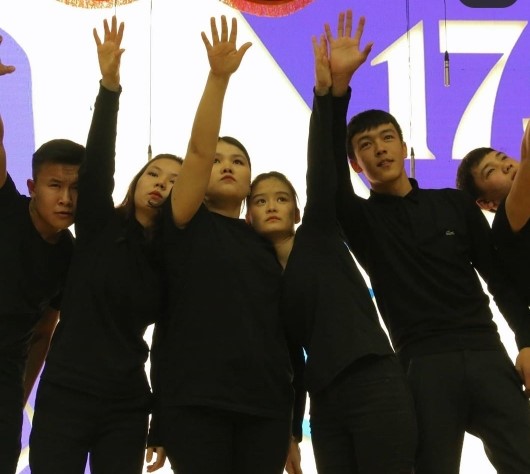